This project, also done at Central Saint Martins was inspired by the various depictions of Heaven and Hell through art history and society.
I was interested in how these depiction have informed a general social understanding of these two elements that sometimes even exist outside of a specific religion. I began by looking at various occult symbolism and then moving into art historic depictions of heaven and hell, all while noting down characteristics and elements occurring in the works. I then did several surveys on social media to find out what was considered general understanding of these elements and what other aspects people considered to be part of each respective metaphysical world. I then synthesised this information through a short series of 3D animated posters using After Effects and Cinema 4D, finally culminating in creating a still 3D artwork of ‘Hell’ in Cinema 4D that used the aspects derived from the survey as well as the visual and literature-based research
I conducted. 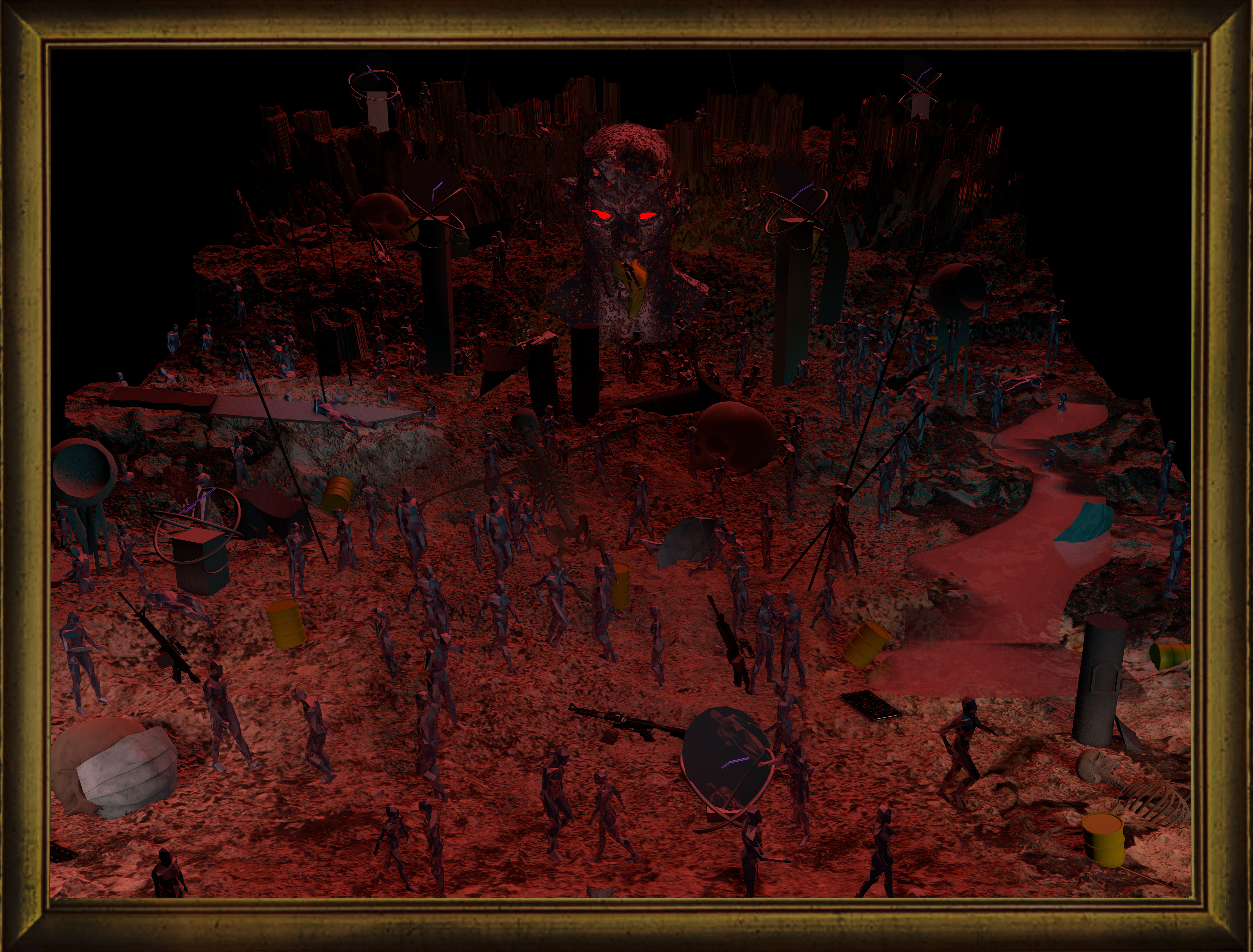 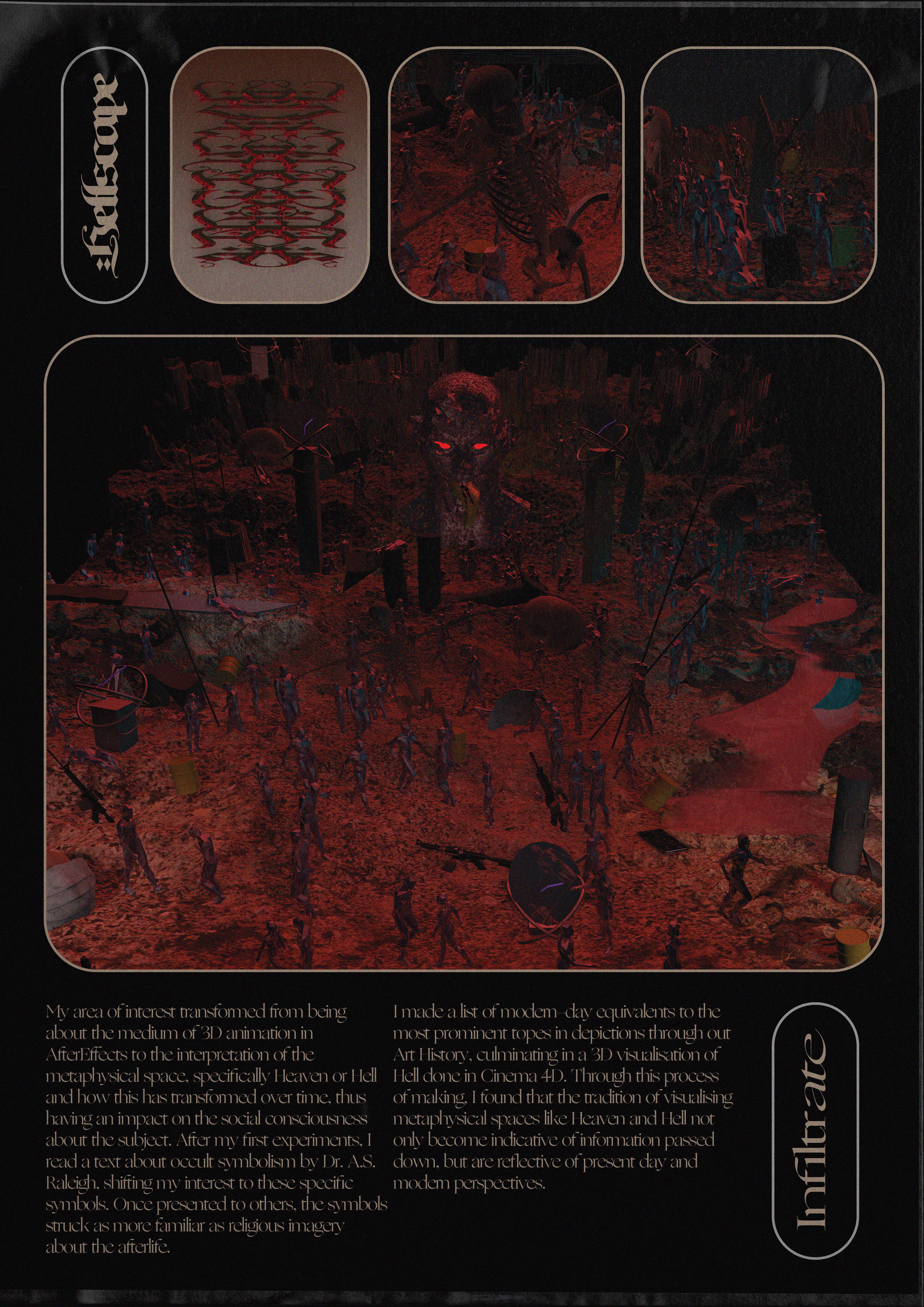 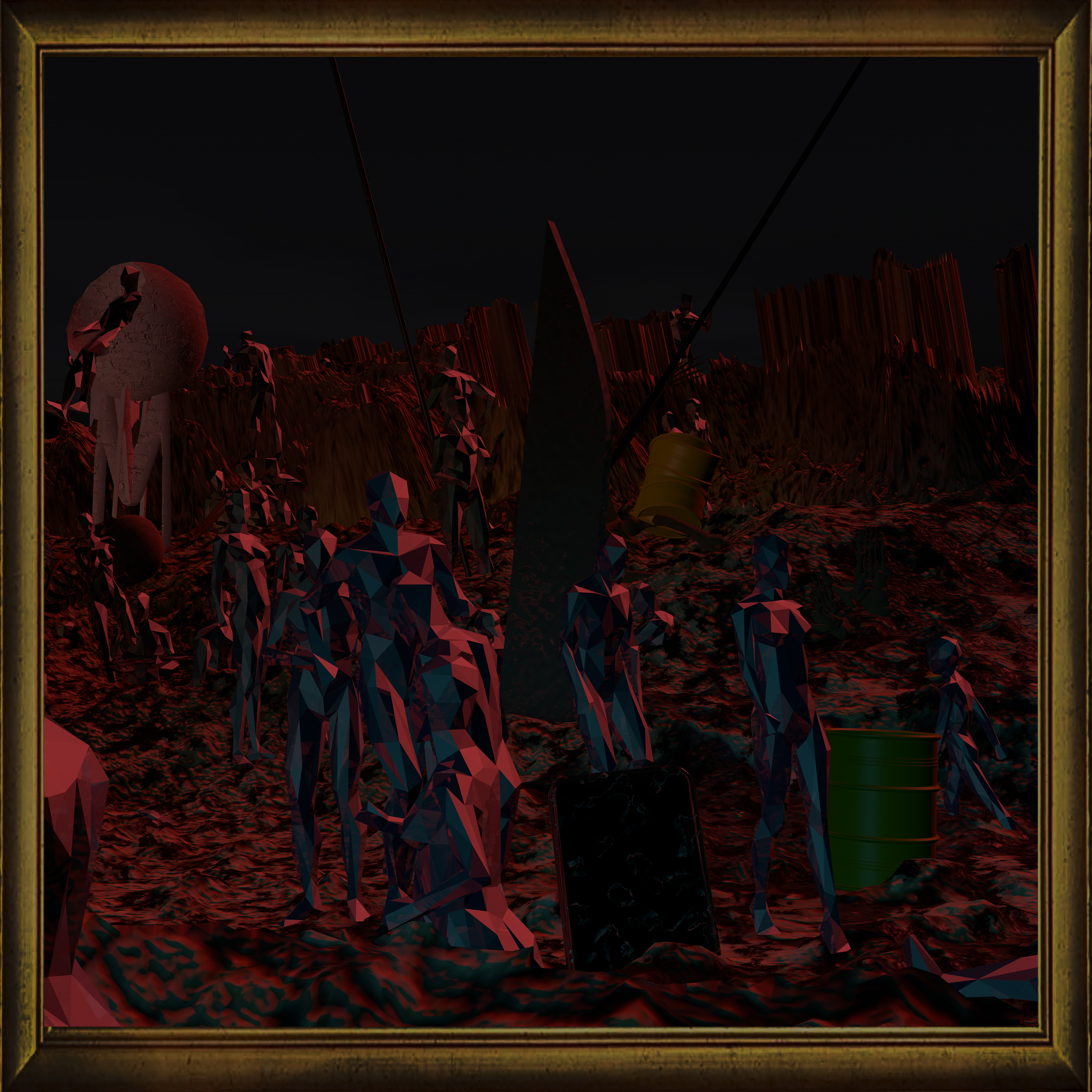 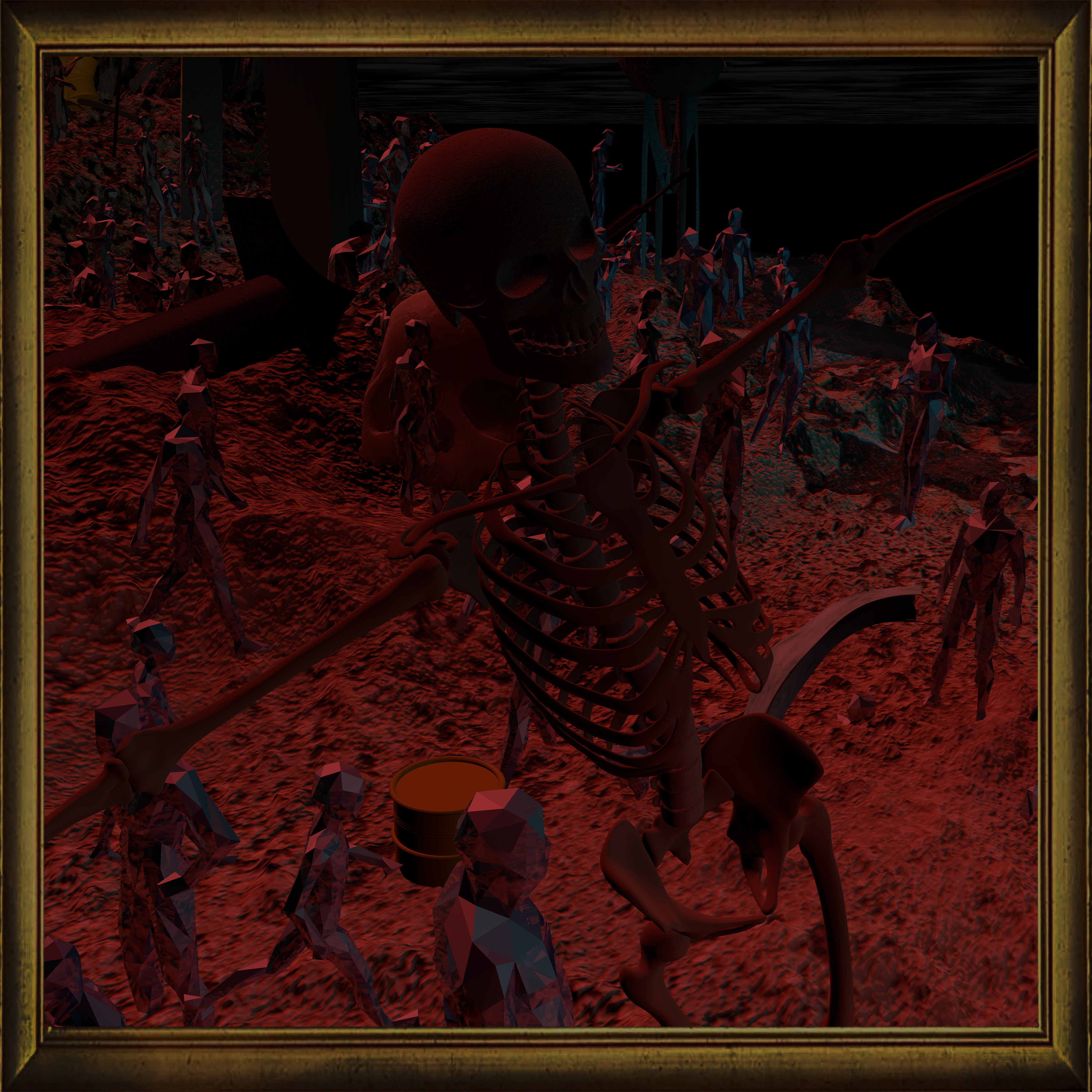